When you step out of the closet, the people around you may react negatively. If friends and family aren’t properly informed, they may ask you why you are ‘choosing’ this way of life. The assumption that homosexuality is a choice still persists, as if you considered various options in a catalog and put a check mark next to the ‘gay’ option. This idea is misguided. If you are a guy who is attracted to guys — or to girls and guys — that is reality you can change nothing about, no matter how fanatically religious organizations and homophobes claim otherwise. Apart from the question of why you would want to change, there is a lot of research to support the notion that biological factors play a decisive role in determining sexual orientation.

Scientifically sound
Scientists doing research in the field of sexuality have a wide range of motivations, not all of them pure. Though homosexuality has been scrapped from the list of mental illnesses in most Western countries, some scientists — mostly those with a religious background — still see it as a syndrome to be studied and treated. Their goal would be to ‘cure’ and prevent homosexuality in the long run, quite the ambitious task, since homosexuality has been occurring since time immemorial, not only among humans but also in many other parts of the animal kingdom. Other, more neutral scientists are curious about the balance between nature and nurture, not only with regards to sexuality. The researchers who think gays and lesbians are a bit crazy focus on psychology, while their more objective counterparts tend to end up looking to the field of biology for answers.

“I am 99 percent gay. The final percent, I discovered when I saw Angelina Jolie in her Tomb Raider outfit. That was a bit of a shock.”
– Steven

Nurture
Outdated Freudian psychology suggests that male homosexuality is caused by a childhood in which the mother is overbearing and the father mostly absent. The son misses intimacy with another man and will keep looking for it once he has grown up. This theory is mauled by statistics: there are plenty of men who grew up in a situation like that but are straight and men who didn’t grow up like that who are gay. Using this logic, it would follow that certain countries, considering their family culture, would contain a lot more gay men than others. Even if a connection could ever be established between cold, distant fathers and homosexuality, a more likely interpretation would be that a father distances himself because his son is gay (or appears to be). Single mothers and lesbian couples would be assembly lines for gay men according to this theory, something not borne out by statistics.

Homosexuality is also seen by some as an experimental, adolescent phase that men can get stuck in. They say that gay men fear a ‘mature’ straight relationship with the responsibilities it brings because it would head inevitably towards a marriage and fatherhood. This theory suggests that the love between two men can never be as serious and complex as that between a man and a woman, and also presumes that gay men won’t ever want to get married or have kids. The ‘cornerstone of society’ is seen as a holy ideal: a man and a woman in a monogamous relationship with kids. That there are plenty of other equally valid ways to bond, for gay and straight couples alike, is ignored. Homosexuality is seen here as a choice: a symptom of emotional immaturity.

“Anyone who thinks that love needs to be cured has not experienced enough of it in their own lives.”
– Joan Garry, activist

Nature
The ‘gay gene’ has not been found yet and its existence is still controversial. It’s therefore not clear to what degree homosexuality is hereditary. Research into physical differences between gays and straights has led to some interesting results however: statistically speaking, there are some external characteristics shared by a significant number of gays and lesbians. For instance, when you look at the back of someone’s head, there is a direction to the hair as it curves away from the crown, either to the left or to the right. With gay men, more than on average, the curve is to the left: counter-clockwise. Apart from that, gays and lesbians are a lot more likely to be ambidextrous or left-handed. Also, the index finger of straight men tends to be shorter than the ring finger and the same is true of lesbian women, which is said to indicate prenatal exposure to a large amount of the male hormone testosterone. The difference in length is smaller or non-existent with straight women and gay men. An interesting article (‘The Science of Gaydar’) about these characteristics, which can still be googled, was written by David France in 2007 for the magazine New York. In it, he looks into the scientific basis for the ‘gaydar’ phenomenon: the ability to sense someone’s sexual preference. (‘Gaydar’ being a composition of ‘gay’ and ‘radar’.) Appearance and the sound of someone’s voice are assumed to play a part in this. It has to be said that the dichotomy gay and straight doesn’t take bisexuality into account and that there are exceptions to all the physical characteristics that were just mentioned. Not all gay men are left-handed, have an index finger just as long as their ring finger and hair that curls off to the left.

Physical signs of homosexuality can also be found underneath the surface; the brains of gays and lesbians appear to be a little bit different. During psychological testing — for instance when testing spatial awareness — the results from gay men are close to those of straight women, while those of gay women are close to those of straight men. Research done by the Swedish Karolinska institute in 2008 showed a difference between the groups; the shape of the brain isn’t entirely the same and there are differences in structure. The right side of the brain is a little bit larger with lesbians and straight men, while they are practically symmetrical with gay men and straight women. Earlier, controversial research already established differences in the brains of gays and lesbians when compared to straight counterparts. This was looked into by — among others — Simon LeVay and Dick Swaab, who as the director of the Netherlands Institute for Brain Research in 1988 found a protuberance in the brain that was larger in gays than in straights. These examinations support the presumption that there are biological elements at play in deciding sexual orientation.

Some of these elements are statistically significant but aren’t a factor for all gays and lesbians. For example: the chances of having a gay son increase significantly the more sons a mother already has given birth to. A possible explanation for this is that the mother’s immune system builds a stronger resistance against male hormones with each successive pregnancy, bombarding them with female hormones. This increases the chances of giving birth to a son with biologically ‘feminine’ traits, which could result in a gay son. But there are — of course — gay men who don’t have any older brothers. 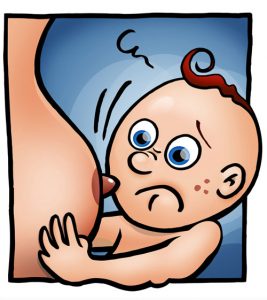 It seems there are various biological factors to be taken into account and it’s entirely possible that sexual orientation can’t be traced back to a single cause. Genetics may play a role, but likely also the mother’s hormonal housekeeping during pregnancy, which can be influenced by stress, genetic predisposition, medication and various substances which may end up in the womb. Because of this, a baby picks up certain characteristics of the opposite gender, on the outside and/or on the inside. It leads to a wide range of combined male and female looks, behaviors, orientations and gender identifications (feeling like a ‘man’ or a ‘woman’). Gay and lesbians seem to have acquired their orientation in a variety of similar but ultimately different ways.

A touch of the bi
A quick mention of the ‘Kinsey Scale’, which dates back to the 1950’s is in order. After his large, and for the time scandalous, research project, Kinsey concluded that homosexuality and heterosexuality aren’t in sharp contrast to each other but have a large grey area of sexual preferences in between them. He classified people on a scale of 0 (100% straight) to 6 (100% gay), with bisexuals at 3. His scientific methods may have been somewhat questionable, but a lot of people — especially those from the categories 1 to 5 — still owe him a debt of gratitude for the shades of grey he introduced into the very black and white view of human sexuality that had existed, until then.

“I used to stay home sick a lot as a child, and one of the first videotapes I saw over and over again was the musical The Wiz, with Diana Ross. I also found a cassette tape in the sandbox at school at some point with the soundtrack to A Chorus Line. If those two things didn’t turn me gay, I don’t know what did.”
– Steven

Who cares!?
The exact combination of factors that decide sexual preference are still unclear and ultimately, they don’t really matter. You are who you are, feel what you feel, love who you love and if that is another guy then that’s just fine. If those close to you keep hounding you and telling you that you made a wrong ‘choice’, try to make it clear to them that there was no choice to be made. Sexual preference can move up or down the Kinsey scale just a touch over time — though women seem a lot more likely to experience that than men — but you will never flip from being completely gay to being completely straight. When you are at peace with your own place on the spectrum, it’s up to others to accept it as well.